Note: The following information has been primarily gleaned from David W. Dunlap’s Building Provincetown 2020, an online project and accompanying book in which he attempts to chronicle the history of nearly every address in Provincetown. For more information on the history of 238 Bradford St. (our home), please visit: https://buildingprovincetown2020.org/238-bradford-street/ We are grateful to Mr. Dunlap for his careful research and generous support. 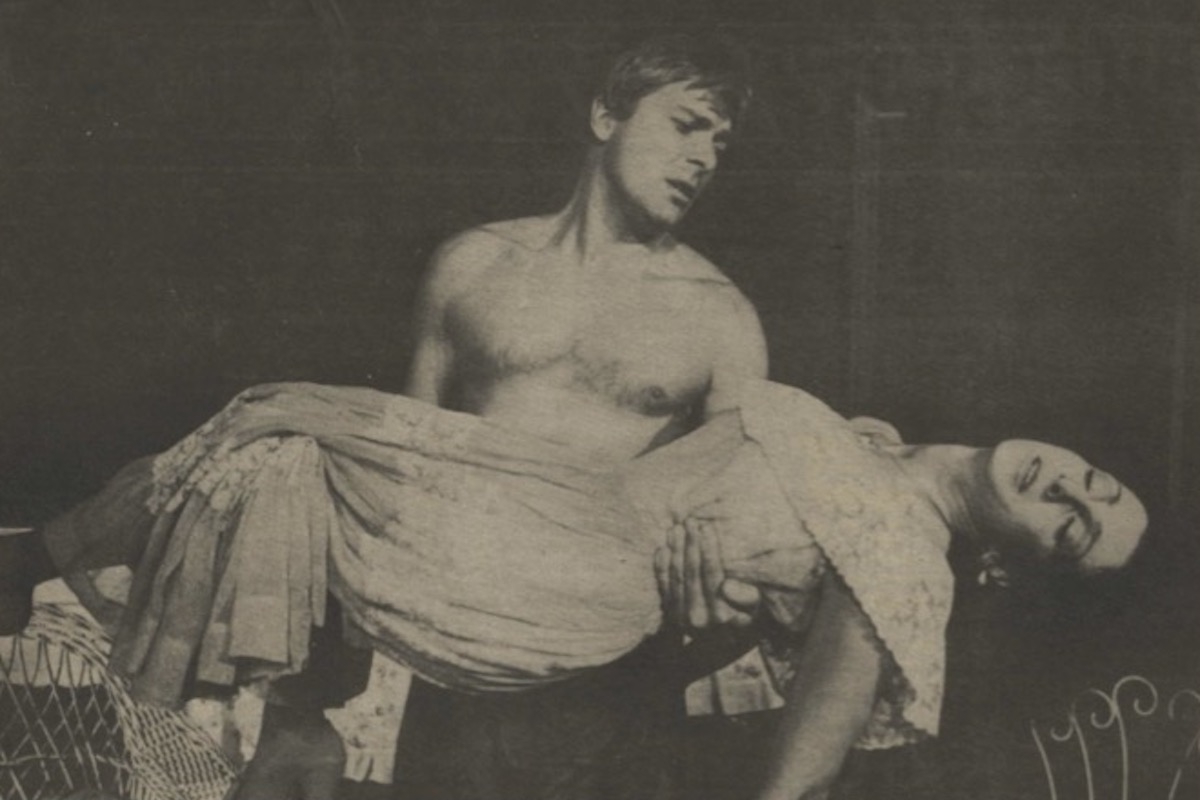 While the Theater would like to claim lineage going all the way back to 1916, in fact, we can only go that far in spirit and admiration. The humble company that would eventually come to inaugurate our space at 238 Bradford Street first convened in March 1963 as the Provincetown Theater Workshop and included Ray & Nicky Wells, Carl & Constance Black, Moe van Dereck, Jim Forsberg, and Ciro & Sal’s owner Ciro Cozzi, among others. For their first season, they presented Constance Black’s Circles in the Snow and Anton Chekhov’s The Anniversary in the parish hall of the Church of St. Mary of the Harbor – a site that today is, curiously, mere seconds away from where our theater now stands.

The Workshop, which became the Provincetown Theater Company in 1973, quickly adapted to a guerrilla existence – navigating varied spaces in town such as the Provincetown Art Association, Town Hall, the Crown & Anchor, even Piggy’s (a dance bar), all while performing roughly three types of plays: gems by Provincetown favorites (such as O’Neill, Glaspell, and Williams), new works by daring dramatists of the day (such as Albee, Orton, and Shepard), and plays by local writers within the company with stories of their own to tell. Among the many highlights from these years include productions of Peter Weiss’s Marat/Sade (1972), Lanford Wilson’s Hot l Baltimore (1977) and Williams’ A Streetcar Named Desire (1982).

In 1988, after 25 years of producing plays, the Company began to expand its vision. Michael Prevulsky was hired as the PTC’s first Artistic Director and the Company found a home at the Provincetown Inn. Under Prevulsky’s leadership, the PTC entered an enormous period of productivity, mounting over 25 shows in 3 years including works by Albee, Stoppard, McNally, Shakespeare, Moliere, and O’Neill. Unfortunately, by the early ‘90s, AIDS’s presence was now felt everywhere and already an incalculable toll had been taken on the Provincetown community. Like so many other working artists of that time, Prevulsky succumbed to the disease in 1992. The next year, to commemorate him and the many thousands of untimely deaths nationwide, the Company staged one of its most popular works in decades: Bill Russell’s AIDS Quilt Memorial musical Elegies for Angels, Punks and Raging Queens, which provided a much-needed catharsis to the grieving queer community. The PTC managed to stay afloat over the next few years, but it wasn’t until 1996 that a new Artistic Director could be found: Roger Cacchiotti steered the company through three seasons in the late ‘90s before parting ways.

While the PTC was reeling from the experience of so much loss, the lack of theater offerings in town left a sizable artistic vacuum. Enter Kenneth Hoyt who, along with Joan and J. Anton Schiffenhaus, created a new company not attempting to replace the PTC but rather complement it. In 1995, the Provincetown Repertory Theatre (REP) made its debut at Town Hall with Joe Pintauro’s one-act collection For Heaven’s Sake. The REP had an Equity agreement, hired union actors, and sought to produce professional summer stock with a touch more polish than the usual local fare. Their programming was a combination of contemporary plays (often by queer playwrights) along with Provincetown standards and, to aid in their mission, they also set out to finance the construction of their very own theater. The REP’s original plan for a 300-seat venue on the grounds of the Pilgrim Monument never materialized, but the dream for a space of their own lived on.

Throughout the ’90s the REP found success with stagings of works by Joe Pintauro, Paula Vogel, Craig Lucas, and most notably, works by Eugene O’Neill and Lillian Hellman directed by storied O’Neill interpreter José Quintero. It’s also worth noting that the eccentric, macabre illustrator Edward Gorey collaborated with the REP on his “musicale” The Gorey Details, which later had a successful Off-Broadway run (Gorey had also collaborated with the PTC in the early ‘90s on three separate play adaptations of his work). The REP likewise cultivated a strong relationship with Norman & Norris Church Mailer. Several high-profile fundraiser readings were held featuring Norman & Norris Church, children John Buffalo & Stephen, and even Norman’s notorious onetime foe, Gore Vidal.

Ken Hoyt parted ways with the REP in 2002, and Norris Church Mailer stepped in as a brief replacement. But before Hoyt’s departure, in 2001, the REP and the PTC came to a mutual agreement to find a collective home to nourish both itinerant companies. The Provincetown Theater Foundation (PTF) was formed to oversee and accomplish this goal. Alix Ritchie, a longtime supporter and Board member of the PTC, became the Foundation’s first Board President. After about a year of searching, the Provincetown Mechanics building (formerly a Ford dealership) on Bradford came up for sale in 2002, and, supported by the David Adam Schoolman Trust, the property was bought and a nine-month renovation began in September 2003. 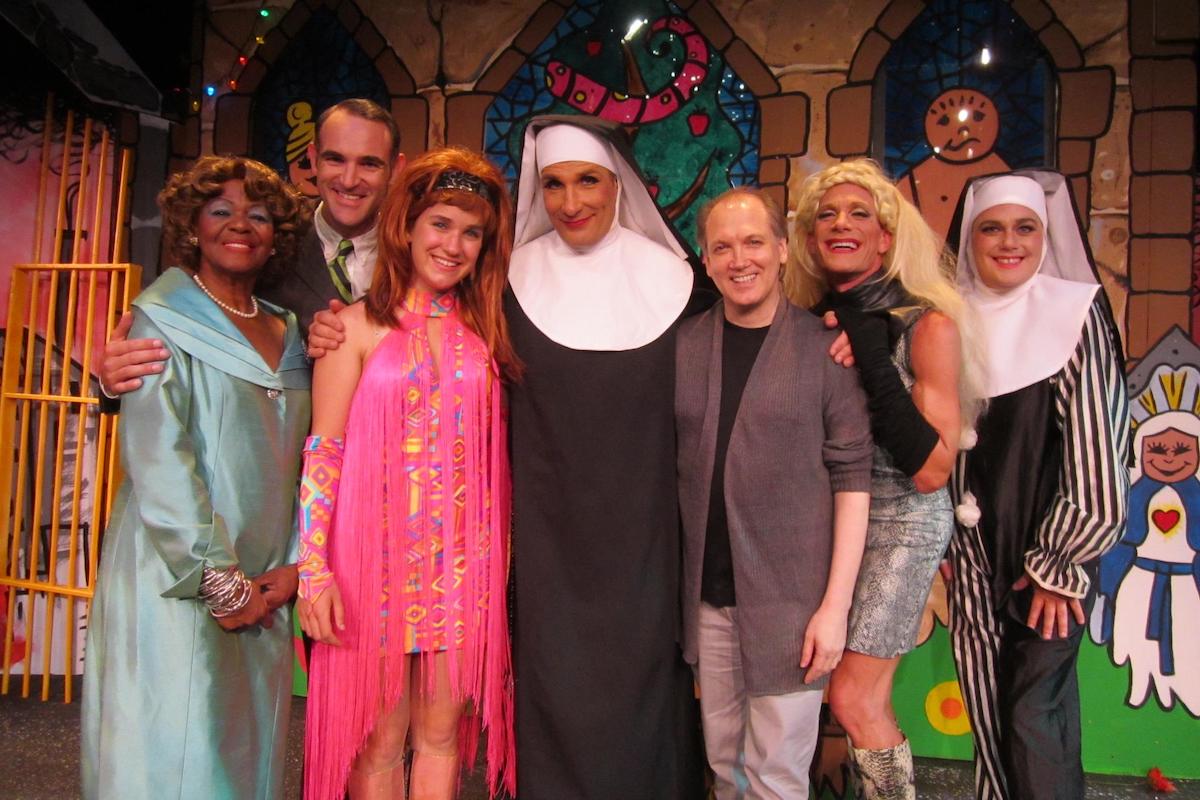 In late 2005, the two companies decided to further pool their resources and merge into one organizational unit, the New Provincetown Players, with Guy Wolf serving as Producing Director. But fiscal shortfalls plagued the institution, and by 2008 the Theater was in financial disrepair and forced to lay off all full-time staff. It would be nearly ten years before a new Artistic Director would be found.

From the late ‘00s until the late ‘10s, the PTF Board, now led by President Tim McCarthy, opted to keep internal costs down by leasing the Theater’s stage to emerging theatrical troupes looking to have a stable performance venue on which to perform during the crowded summer months. Counter Productions (led by Susan Grilli), the Gold Dust Orphans (led by Ryan Landry & Scott Martino), and Peregrine Theatre Ensemble (led by Adam & Ben Berry) each presented major productions at the Theater including classic & contemporary plays, musicals, drag shows, and musical revues. CTEK Arts, another outside co-producer, had a hit with a 2010 production of Thornton Wilder’s Our Town, directed by actor, writer, and director David Drake. As a guest director, Drake would return to the Theater to direct Slap & Tickle (2010), The Weight of Water (2011), The Divine Sister (2012), The Gift (2015), and The Importance of Being Earnest (2016).

In 2016, after several years of operating as a rental house, the Board of the PTF gained several new members (including current President David Wilson) and Tristan DiVincenzo was hired as Artistic Director. DiVincenzo led the Theater through two seasons before a mutually-agreed upon parting of ways. 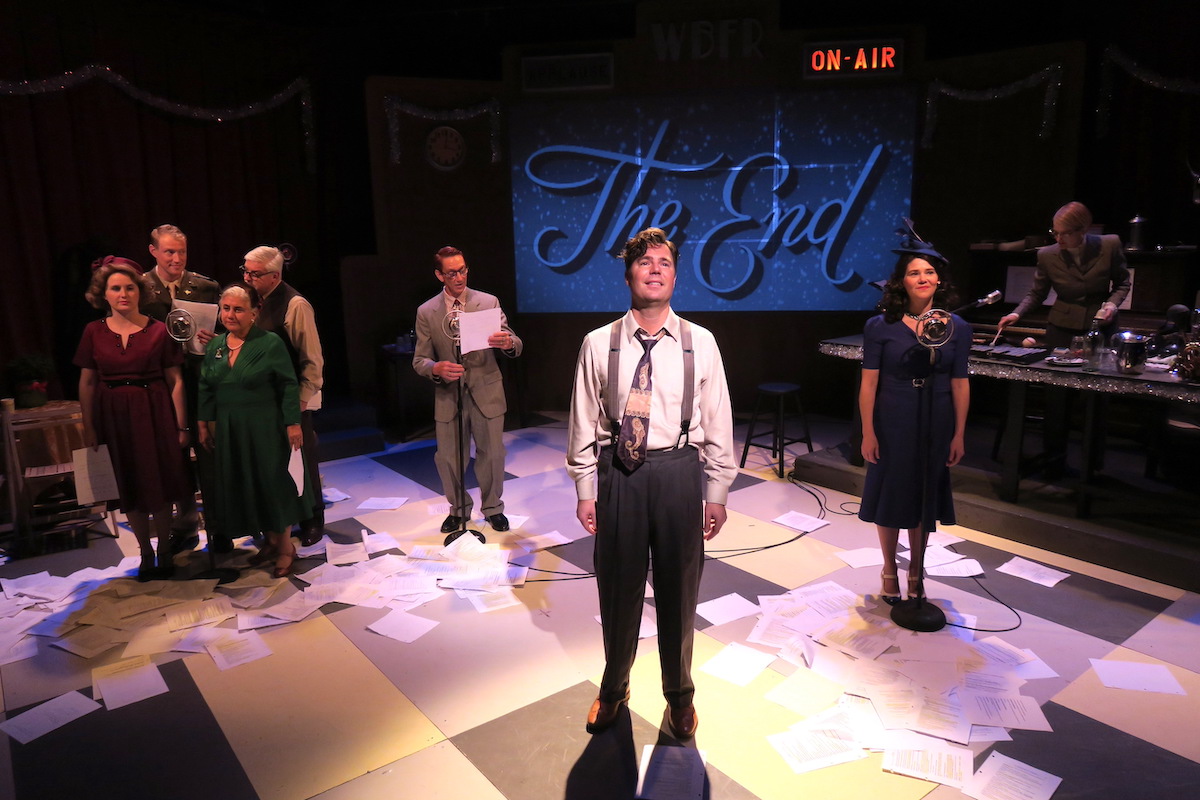 In late 2017, David Drake was hired as Artistic Director. Along with an increasingly committed Board, Drake has solidified a vision of the Provincetown Theater as a year-round, community-oriented space committed to reinterpreting American classics in addition to developing new works by playwrights near and far. Drake has also overseen the establishment of the Provincetown American Playwright Award (PAPA), an annual prize and accompanying fundraiser for distinguished playwrights, and the Stephen Mindich Literary Project, which funds free readings of plays by emerging writers as well as an annual playwright residency program for a rising female playwright.

In 2020, like all theaters worldwide, the Provincetown Theater’s stage remained dark in response to the COVID-19 pandemic. But, in place of a conventional season, an audacious virtual season was planned and implemented including two variety shows showcasing community members, a screening of a benefit production of Drake’s own The Night Larry Kramer Kissed Me, and even an original short film created just for Halloween. The Theater made a commitment to keep our quarantined neighbors entertained and moved and, in turn, they have kept us afloat through their donations, grants, and endless positivity.

We are proud of our long, turbulent, yet exhilarating history and will continue to pursue art, entertainment, and community on behalf of the singular residents of Outer Cape Cod.